The municipal court fixture and star of the long-running “Caught in Providence” — a televised series of real-life court proceedings from parking tickets to speeding violations — is beloved.

Take it from the 600 or 700 people who showed up for a party to celebrate his Daytime Emmy nomination. While “The People’s Court” ultimately scored the win for Outstanding Legal/Courtroom Program, the judge’s throngs of fans made the case for his nomination.

Full disclosure: I received my invite shortly after writing an article highlighting his show’s nomination — a big win for a now nationally syndicated program that owes much of its following to social media. As someone endeavoring to learn more about Rhode Island and its people, it was the perfect opportunity.

It was also the perfect opportunity for me to show up to a work event in something other than khakis. My notepad and pen wedged into a very tiny purse, I set out for the palatial East Greenwich home of John Caprio, one of the judge’s sons, where the fête was hosted.

Though the home is set nearly a mile into a sprawling residential community, a billboard featuring a grinning photo of the judge was of greater assistance than Google Maps in assuring me I was on the right track. 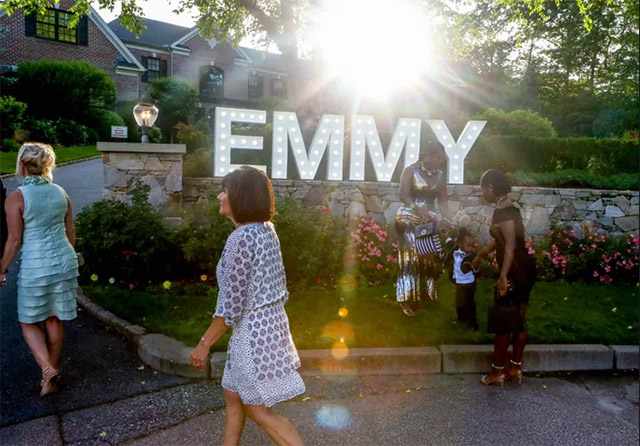 State police, who had arrived via cruiser, directed traffic as a fleet of golf carts, vans and shuttles ferried in the merrymakers — a mix of family, friends, politicians and Muhammad Ali’s second wife, Khalilah, who has known the judge’s brother Joe since 1971, having met him at a Miami gym where Ali was training for a championship fight. Three years ago, one of the judge’s sons, David, also met Khalilah by chance at a conference for television and media executives.

It’s a smaller world than you think. 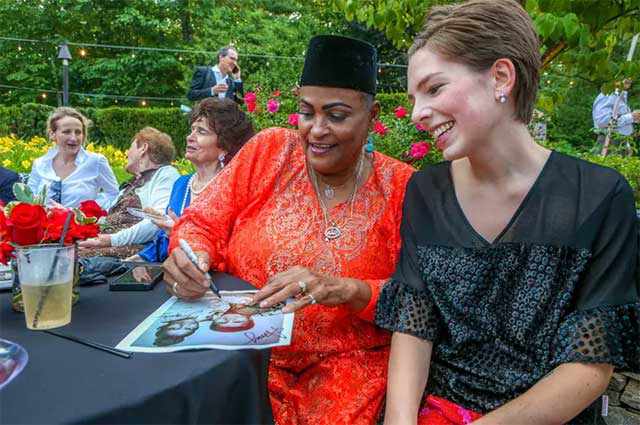 As partygoers made their way up the driveway, each was invited to sign one of two large posters featuring caricatures of the judge in a director’s chair, around which congratulatory messages were inked in silver and gold.

Just inside the patio entrance, visitors clad in suits and glittery gowns mingled as trays of sliders and sangria whizzed around and a food truck dished out pre-dinner bites.

Martino Cartier, a celebrity hairstylist and family friend who traveled from Washington Township, New Jersey, stepped in as the evening’s emcee, donning a white and gold jacket, his hands decked out with an array of rings to match. 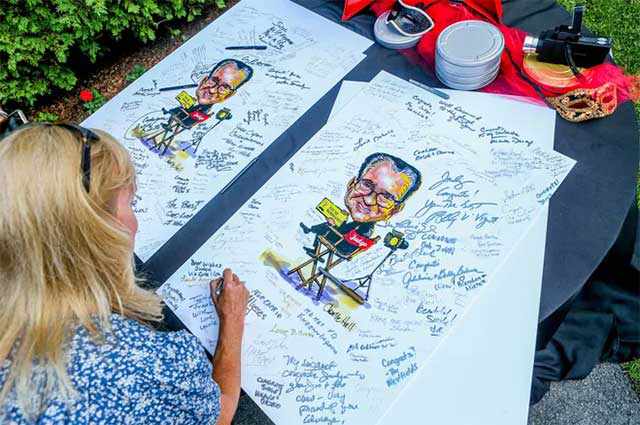 The man they were all there to see, Judge Caprio, stood near the center of the patio as guests lined up to chat with the local star, and a photographer snapped a photo.

I paused to congratulate him, and in response, he recommended me to a bagel shop on Broadway. Confused, I noted that his suggestion was coincidental, as I’d be returning to New York the next day for a visit.

No, no. This is in Providence, he clarified. 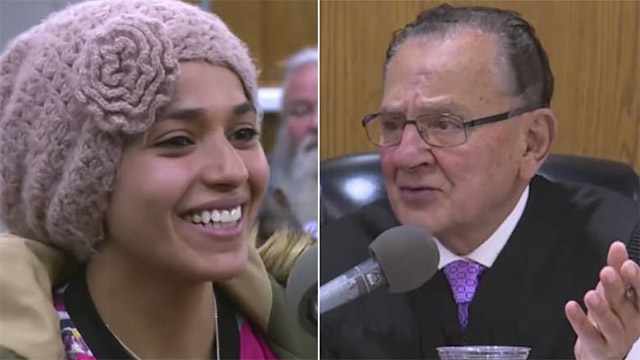